The Dream
A man’s dream for the Revival of Colossus proves that passion and collective effort can do wonders even one of the seven wonders.

The Inspiration
The main source of inspiration comes from the 21st century revisitation of the ancient wonder, aimed at embodying the symbolic values of Colossus (world peace, friendship, cooperation among people & countries) and at becoming an iconic project of Greek culture invested with an ecumenical ideological content.

The vision
The vision of the project is to promote Greek cultural heritage and to re-establish Rhodes as an international destination and a “Neutral island of Peace” at the crossroads of three continents. By engaging people and leadership motivated by a common vision the destination can be led to a marvelous evolution.

Article written by Ritsa Dritsakou
The #Revival_of_Colossus .
A #millennium #project with a #Vision of #Peace in the #Mediterranean.
#Rhodes#Tourism #Culture #InternationalRelations 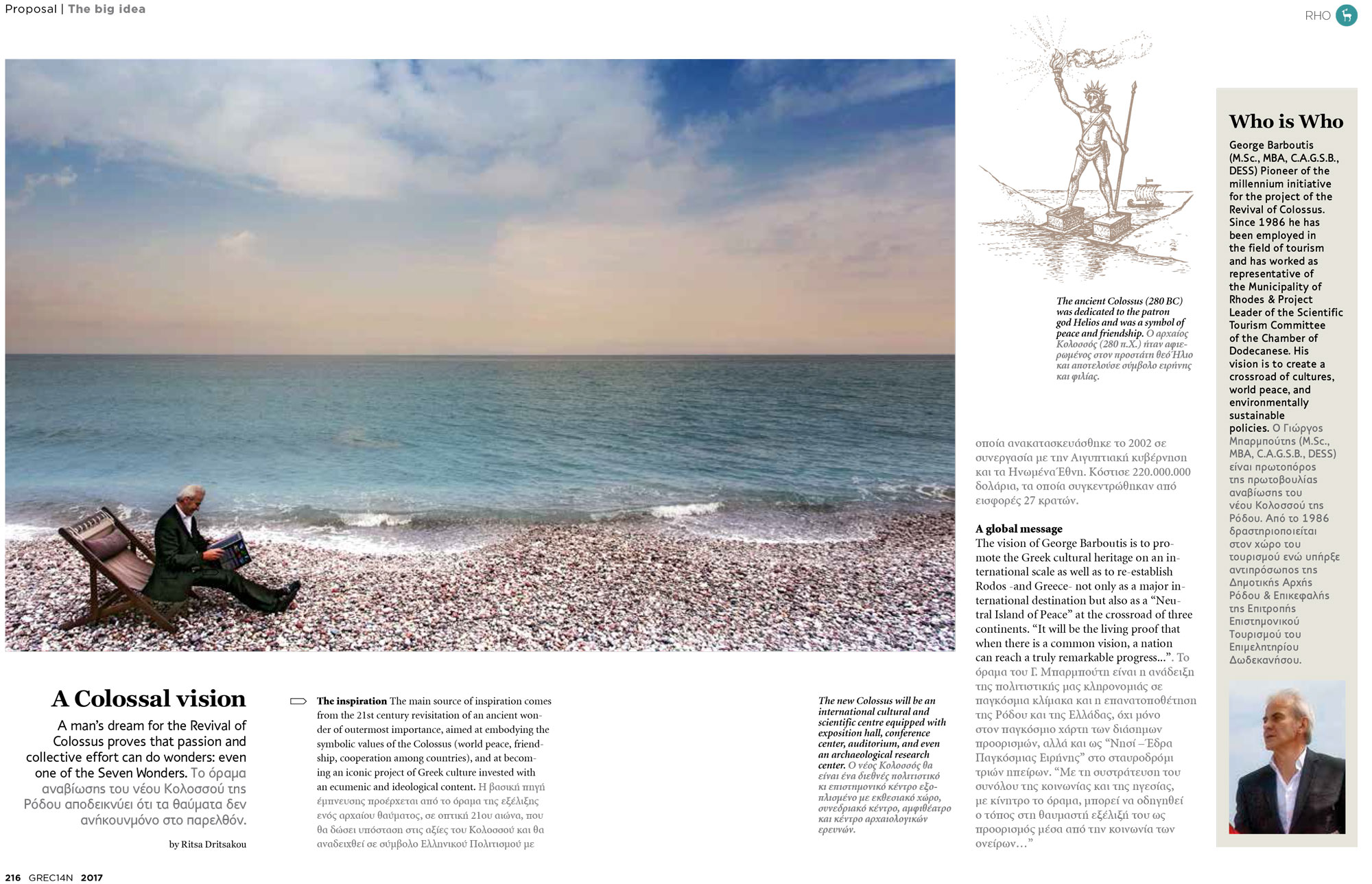 The project of reviving the ancient wonder of Colossus of Rhodes...