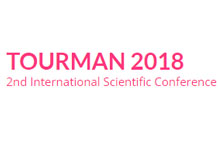 It is a fact that Greece is suffering the heaviest consequences of the worst postwar economic and social crisis, while at the same time it is required to reconstruct the foundations of its cultural and tourism infrastructure. However, in times when international public opinion is questioning Greece’s ability to overcome this ordeal, the project of the Revival of the Colossus presents the opportunity to the country to benefit from its intangible and mythical cultural heritage to upgrade its status with an emblematic and innovative work-of-art, enhancing significantly its reputation and increasing its global competitiveness in the international scene.

Throughout the years of human history our economic society has shifted from the agricultural era, to the industrial era and after that to the information age. As our society is changing, we are entering the “dream society” era where emotions and fantasies prevail.  Therefore, a modern and proactive tourism system should aim at developing new tourism products and services in the form of consumable experiences. To do so, it is necessary to structure a stimulating tourism environment where the visitor feels involved and directly participates with true and inspiring emotions. Increasingly important is to change the type and attitude of tourism professionals and human resources personnel who should learn on how to involve customers by creating and narrating exciting legends and stories. (Jensen, 2001).

“Destinations will need to reinvent themselves in order to be competitive and enhance their industry in the future. Destinations need to move beyond offering products and services (hotels and attractions) to also inventing, orchestrating and delivering exceptional experiences to their clients that exceed their expectations”.  (Poon,2005).

The Future of Rhodes as a Tourism Destination

Living in an era of constant social, technological and economic changes a series of frequent questions come to mind such as: How is tourism going to evolve in the future in Greece? What is tourism going to be like on the island of Rhodes? How can Rhodes, as a tourism destination, reinvent itself in order to become competitive in the future? What mega actions and subsequent mega events would lead Rhodes to successfully enter the Dream Society and enable it to offer exceptional experiences to its visitors that exceed their expectations?

The Revival of the Myths

Rhodes bears the myth of the Colossus, one of the seven wonders of the ancient world which hugely influenced mythology, arts, science and religion, fields that have stirred the fantasy and imagination of generations for centuries. The global reputation of The Colossus along with its unparalleled mythical qualities are the elements that will inspire tomorrow’s visitors to experience and explore the mystery of that particular period in ancient times. (Mastrapas, 1993)

The Revival of the Colossus

A project with a vision of Peace in the Mediterranean

The paper suggests the creative revival of this ancient wonder in a modern, contemporary work-of-art that will bring out the invaluable and intangible characteristics and convey the symbolic values of the legendary monument. The main source of inspiration comes from the 21st century re-visitation of the ancient wonder aimed at embodying the diachronic values of (world peace, friendship and cooperation) and at becoming an iconic project of Greek culture invested with an ecumenical ideological content.

The ultimate vision of the project is to promote Greek cultural heritage and reestablish Rhodes, as a tourism and cultural destination “par excellence”. The New Colossus of Rhodes aspires to become a Tourism –  Architectural Landmark,  a  Cultural Achievement of our century (by embodying a contemporary Theme Museum and an Archaeological Research  Center ), as well as a neutral  Venue of Peace  in the Mediterranean region.

The following seven-step roadmap synopsis   is proposed in order to define the proper framework for the dissemination and implementation of the idea of this undertaking, enabling it to become an eternal offer of Rhodes and of the Greek civilization to Humanity. (Barboutis, 2017)

A Seven-step Roadmap synopsis for its ideal implementation

The Colossus of Rhodes , one the seven wonders of the ancient world, is the eternal legend of the island of Rhodes, which ought to be creatively revived  avoiding any intention of reconstructing a sterile  replica of the mythical  statue  bearing with it any anachronistic or archaeological implications.

The philosophy and ambition behind this project is to create a contemporary (21st century) feat of human accomplishment, inspired by the ancient wonder which will constitute an evolutionary and ideological continuation of the ancient statue, borrowing only the unique intangible attributes, the symbolic characteristics and the artistic values of the legendary monument.

It will be a modern achievement and a world landmark of Greece. It will also symbolize the values of Hellenic cultural heritage and promote the perpetual and diachronic ideals of peace, freedom and friendship amongst people and countries.

“Just like The Colossus, which was built as a tribute to the Sun God  (Helios) , to freedom, unity and peace, its future successor standing in the Mediterranean, at the crossroads of three continents, will constitute Rhodes’ tribute to the world, symbolizing world peace, and its  eternal light will send messages of hope and optimism to  future generations .”

To give substance to this new landmark, a call for an open international architects’ tendering procedure is proposed to secure artistic excellence and innovative technological capability of global recognition.

An Honorary Selection Committee must be formed consisting of prominent figures from the world of politics, culture, literature, arts, sciences and technology, who will be placed under the aegis of the President of the Hellenic Republic in order to acquire worldwide acknowledgment, international acceptance and transparency in all procedures.

A significant amount of funds could be secured by contributions made  by the Municipal and Peripheral Authorities , international organizations, the European Commission and UNESCO;  also through contacting Greek and international prominent figures. In this respect Hellenes of Diaspora and philhellenes could become ambassadors of the idea and lead an International Fund-raising campaign.

Following the example of the revival of the Alexandria Library and avoiding any kind of commercialization, future project revenues will be reinvested in promoting Greek cultural legacy as well as the idea of global peace. This could be achieved by creating a theme museum of The Colossus and by establishing an International Center of Peace, which may host a cultural multiplex, including a conference center, exhibition spaces, auditorium, concert hall, also hosting major fairs and peace events.

To make the effort sustainable for the future generations of young scientists in the field of Archaeology, it is proposed that a significant share of project revenues be attributed to the establishment of an Archaeological Research Center for The Colossus and its history, which would aid the studies of archaeologists and researchers on issues related to possible location or future historical findings of the ancient wonder based on new scientific methods.

The ultimate challenge of the project and this visionary noble goal is to consolidate the belief among people that Rhodes deserves to claim, in the long run, the Chair of the “Neutral Island of Peace” in the Mediterranean region and through the successful completion of this ambitious undertaking, the Revival of the Colossus, to maximize all eminent benefits and rewards.

Rhodes, with its multicultural identity and prominent strategic location, is the ideal venue to bridge cultures and ideas, to establish free dialogue and promote the universal and diachronic ideals of world peace and friendship amongst people and countries. Such a project has the potential to offer a multitude of long term sustainable rewards on tourism, cultural and socioeconomic levels, especially during this period of crisis, instability and hardship.

Jensen, R., 2001, The Dream Society: How the Coming Shift from Information to Imagination Will  Transform Your Business, McGraw Hill: New York

TEDx Rhodes 2016, The Revival of Colossus of Rhodes https://youtu.be/2rvjNDfNrwk

Barboutis, G. (2017) The Revival of the Colossus on Money-Tourism.gr.  http://money-tourism.gr/en/the-revival-of-the-colossus-2/#axzz4ho9eIvwB

Hatzimalonas M. (2017) The Revival of The Colossus on Huffington Post US Edition